This is a strange album that came out in 1970. It was a weird concept album aimed at skinheads who were in fashion at the time. When I was a teenage skinhead myself we bought the album even though there was no reggae on it. What is of interest is there are some spoken sections by young lads that make it of interest in regard to spoken word.

The band Fresh were put together by manager Simon Napier-Bell, who later on was the manager of Wham!. There are a couple of Mick Jagger/Keith Richards songs on the album which has made it a sought after record.

There is some authenticity to the spoken sections, these being from real lads rather than the musicians. All in all it’s quite a strange concept album that throws a bit of light onto the social history of us boot boy types. Bob Gorman from the band Fresh said “Our development was rudely interrupted by these albums, and did not represent our style or music.”

Mensi was singer with the Angelic Upstarts. They were one of the second wave of punk bands. Working class bands that hadn’t been to art school. The Upstarts had a strong political message, as this poem from Mensi demonstrates.
Ted Heath was the Tory PM from June 1970 to February 1974. His time as PM was full of strikes. Mensi had been a miner himself.
The Upstarts were a great live band and I gigged with them several times myself. They were popular with punks and skinheads and after gigs like that a poetry audience is a piece of piss.

You can find the poem on the Angelic Upstarts’ top drawer Two Million Voices album.

Little Brother was a poet from Bradford, Dave Stockell. He was known as one of the sharper ranters. Bradford was home to a thriving poetry scene in the early-mid 80s: Seething Wells, Ginger John lived there, Joolz and also Little Brother. 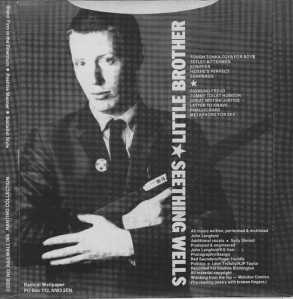 There’s an audio of it on the link below, and here’s the poems – 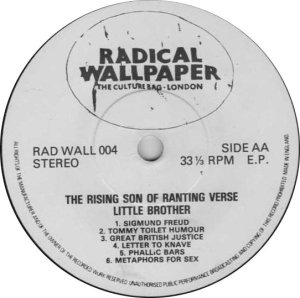 I found this poem whilst research in Cecil Sharp House, see the previous blog entry on that https://standupandspit.wordpress.com/2014/03/12/cecil-sharp-house/
Ranting was ever angry poets on a soapbox.
In the 1895 book The Risings of the Luddites, the author, F. Peel states that Jeremiah Brandreth, the ‘Nottingham captain’ who led the rising of June 8th in 1817, wrote the following verse…

Every man his skill must try
He must turn out and not deny;
No bloody soldier he must dread
He must come out and fight for bread
The time has come you plainly see
When Government opposed must be! 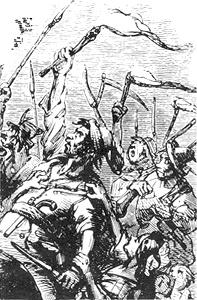 Teething Wells was an oik who often gigged with the likes of Seething Wells, Attila the Stockbroker, Ginger John and Porky the Poet in the 80s. Most of these gigs were in between bands and sound systems or at ranting shows. After resting on his laurels he returned to poetry and started the poetry ‘zine Rising.
Here’s a rant he used to read in 1981 that is based on an anonymous IWW poem from 1917.

I love my flag, I do, I do,
that floats upon the breeze.
I also love my arms, my legs,
my feet, my toes, my knees.
One little shell might spoil them all
or give them such a twist,
they would be of no use to me
so I guess I won’t enlist.

I love my country, yes I do,
I hope our men do well.
Without their arms and legs and things
I think they’d look like hell.
Men with faces half shot off
are unfit to be kissed.
I’ve read in books, it spoils their looks
so I guess I won’t enlist.

I love our leaders, sure I do,
in a bunker underground.
When the atom bombs go off
they won’t hear a sound.
If we gave them rifles,
how long would they exist?
They’re not fighting. Why should I?
So I guess I won’t enlist. 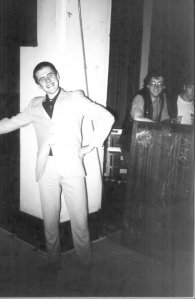 Teething Wells at a miner’s strike benefit, the Burial played!, 1984

Attila and Seething Wells became the two big ranting names in the mid-80s. They gigged a lot, a hell of a lot. Attila also wrote in the music press as John Opposition and had a football column for a time. He really was a stockbroker pre-poetry.
He’s recoded a few albums, had books published and is still gigging far and wide, as well as doing a regular Morning Star column. He did the daddy of the ranting ‘zines Tirane Thrash.
His work is political with a large dash of humour.

Michael Smith was an inspiration to me. He was a dynamic performer and an engaging person. He gigged in England quite a bit and did a bit of TV here too. I love the start of this documentary where he’s chatting with Linton Kwesi Johnson and CLR James. Linton is a great poet too. His work has voiced the experience of many working class people in this country, especially those from the Caribbean. When I was a teenager one of my skinhead mates would recite Sonny’s Lettah perfectly. The Library in Dalston is named after CLR James. There used to be a run of reggae shops nearby where we’d go to get choons after getting records from Rupie Edwards on Ridley Road market.

We’ll be doing an event on Michael Smith as part of the Stand Up and Spit project. I’m also hoping to interview a few people about the memories of him.

Patti Smith wasn’t a ranting poet, but she was influential both on punk and on much of the poetry that sprang from punk. I’m happy to say she’s also a reggae fan too.

Piss Factory was a record I first herd around 1977 on a compilation called New Wave. The album not only had kosher punks such as the Ramones on it, the roots of punk were also there with the likes of the Flamin’ Groovies, and the Runaways. Piss Factory really caught my ear. It sounds like it might be a dirty joke, but it’s a story. A story of claustrophobia, anger, revenge and triumph, and the music shouts this too. It shouted loud to people with a bellyful of school and dead end jobs.

I’d put the poem here but it won’t play on the blog. It’ll only take a couple of seconds to find on YouTube and listen as you read.

I’ve still got the 7* single. It was her first single and came out in 1974, it was the b-side to Hey Joe. The poem was actually written in 1970 and came out of her working in a factory that made baby buggies. She had to inspect the pipes and relieved the boredom by reading Rimbaud’s A Season in Hell. “I was saying that as a young person, I still had desire — desire to do well,” she told Rolling Stone. “Perhaps some of the people in the factory lost all desire. I can understand how that can happen … What ‘Piss Factory’ is about is: someone who in the midst of the dead felt alive.”

this poet is serious, his verbs are
metaphors, his adjectives precise
& unnecessary; he writes in perfect

three line stanzas like this, he
teaches creative writing, there is
a right way & a wrong way, he teaches

the right way; he brings up a collection
every few years before arriving at
middle-age where he has always belonged

poetry should not be trivialised
being his only reason for breathing, no
never trivialised, it has a noble heart

& function; he has never heard of Bob
Marley; he likes the occasional archaic
turn of phrase, calls it his poetic

in reality); the torn bough, the black
wing – his images are delicate, precise;
when you see him he’ll be crouching

Pat Condell
From the first issue of Tirane Thrash, November 83.

It’s interesting that in the 5 years since this was screened on the BBC, Clarkie’s profile has risen to him now being a much loved national treasure. He’s even back doing adverts, though they’re for chips and not Sugar Puffs. His book is back and print and there’s a documentary film about him.

He bemoans being labelled a punk, as any mod would, and sports some dapper Prince of Wales.

I’ve gigged with Clarkie over several decades now, he always a gent. When we were young pishers he’d encourage us to run on stage and yell out a few poems before the bouncers’d chase us off.

Here’s the lad with the lovely Karen Black