Suedehead Times was one of the sussed skinhead ‘zines that proliferated after Hard As Nails had set the tone. It ran from 1985 through 1986.
It was put together by Tony Smith from Chesterfield, Derbyshire. As most of the ‘zines had it focused on good reggae and soul music with a dash of Oi, smart dressing and a distaste for glue sniffing gumby racism that much of the punk end of skinhead had descended into.
I was a young suedehead myself, making me one dapper ranting poet.
Suedeheads were the smarter, stylish end of the skinhead fashion; brogues and crombies rather than boots and braces.
Cheers to Matt McAteer, keep on keepin’ on. 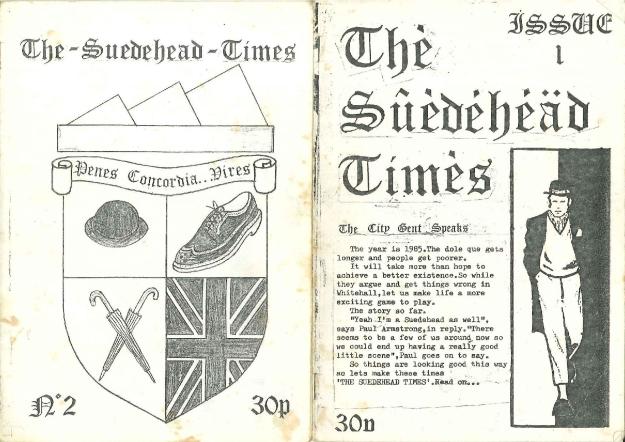 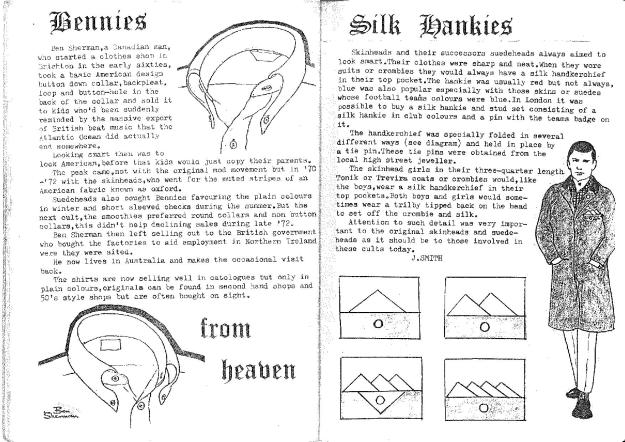