From Youth Anthem, issue 4. 1984
Billy gigged with ranters frequently, me included.
At several of his early gigs myself and/or Porky the Poet were his keyboard stand.
This is from a Northern Irish zine and about a festival he played with the Redskins.

From Sounds, 16th Oct, 1982.
They did one of the best songs about the outbreak of rioting across the country, Summer of 81.

Attila has given us some first draft poems for the blog.
Here’s one of his early poems ‘Foyer Bar’. 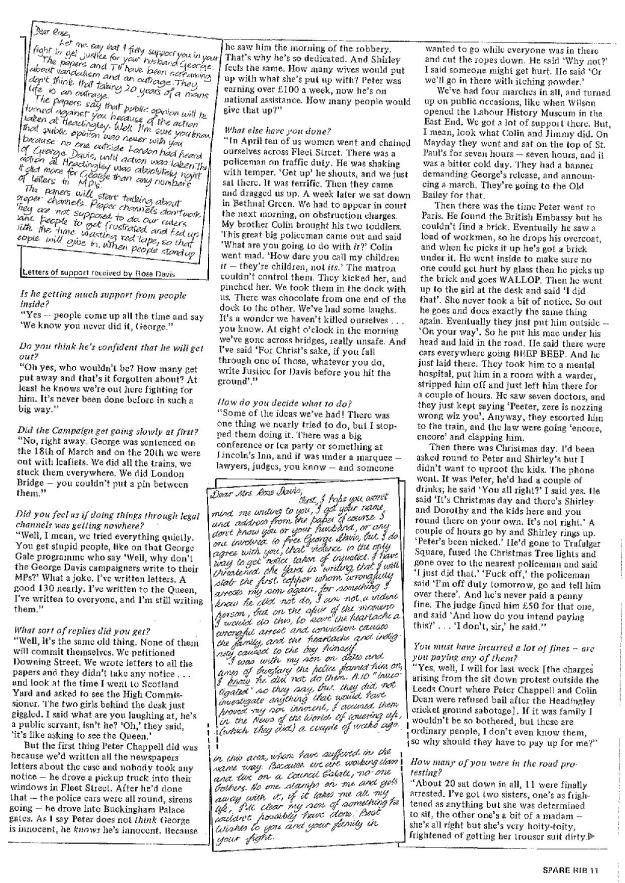 After his release from prison in 1976 Davis separated from his wife Rose. Several years later he married the daughter of a North London police Chief Inspector.
In 1978, two years after his release from prison, Davis was jailed again, having pleaded guilty to involvement in another armed bank raid on 23 September 1977 at the Bank of Cyprus, Seven Sisters Road. He was released early in 1984 but jailed yet again in 1987 for attempting to steal mailbags. Davis pleaded guilty in both cases.
Sham 69 released “George Davis is Innocent” as the B side to their single “Angels With Dirty Faces” but changed the lyrics and the title to “Cockney Kids Are Innocent”.

Cornell Campbell, for me, was one of the voices of 70s reggae. Barry Brown is high on the list too and both have a delicious and distictive sound. Here’s an interview done by my near neighbour Penny Reel. 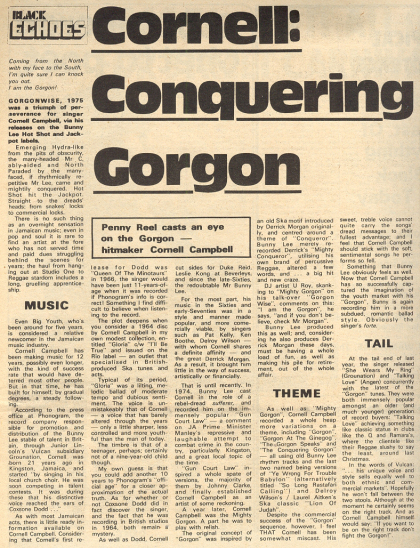 More Redskins gig flyers and adverts.
Keep on keepin’ on! 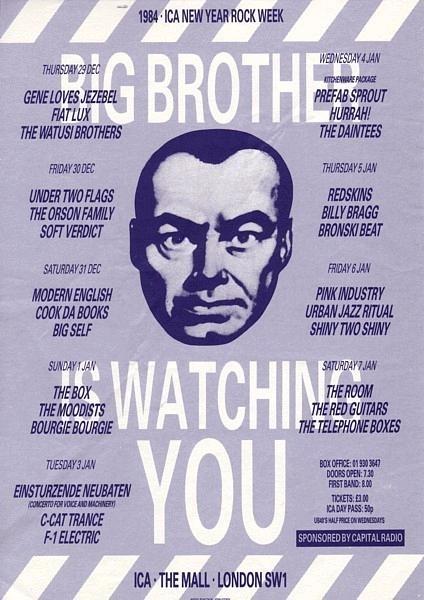 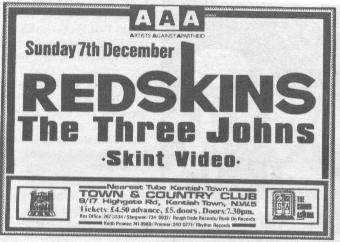 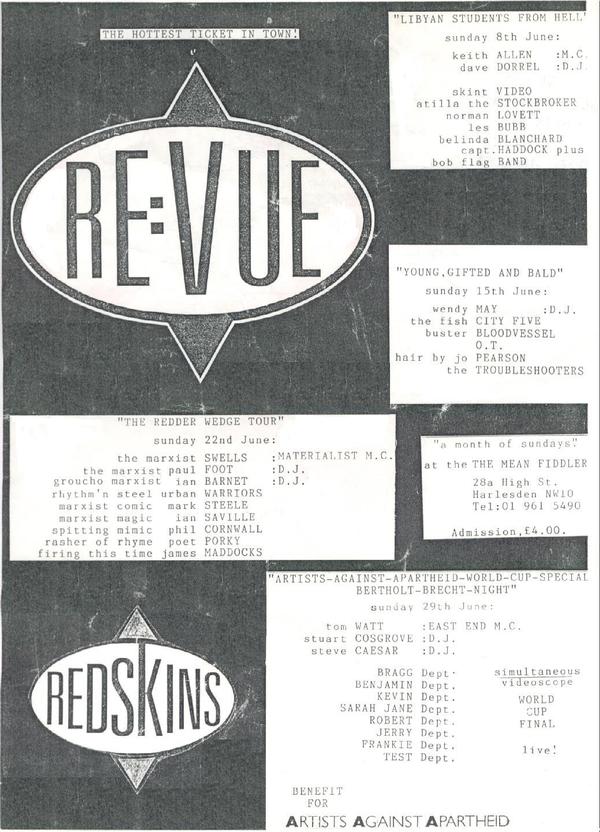 Marks On Her Arms

He’s tall and handsome and witty
She’s a picture of grace and charm
A meal with the boss of the section
Her sleeves hide the marks on her arms
They’re known as a promising couple
he calls her his better half
And how did you cut your head open?
“I slipped getting out of the bath.”
He thinks teen muggers should get a stiff sentence
Violence to olds is a national disgrace
What we need is a return to those family values
Like “Remember son, never mark her face.”
Women are fragile creatures
They need a strong man to protect them from harm
Trapped in her home by a protection racket
She wears those long sleeves for the marks on her arms
Pressmen make a lot of noise
About the aggro girls and bovver boys
About how they fight and riot
But on the home front it’s all quiet
A conspiracy of silence
Surrounds domestic violence
Another incident wheeled into casualty
“My tea wasn’t cooked so I broke both her arms.”
Women are fragile – they’re delicate creatures
They need a strong man to protect them from harm
The doctor says “It’s perfectly natural.”
The policeman says he can’t intervene
The judge says he’s sure there’s some provocation
The neighbours complain they can’t sleep for the screams
They want a return to those family values
Get crime off the streets and back into the home
Beating your wife is a British tradition
A man should have freedom with the things he owns
As long as you keep them in breeding condition
A slap now and then let’s them know who’s boss
Knock on the head any Women’s Lib nonsense
Once that takes hold your property’s lost
Nuclear families cause long term damage
As she hits the kids and the kids hit the dog
Little boys grow up to be just like daddy
Who looks like a prince but kicks like a frog 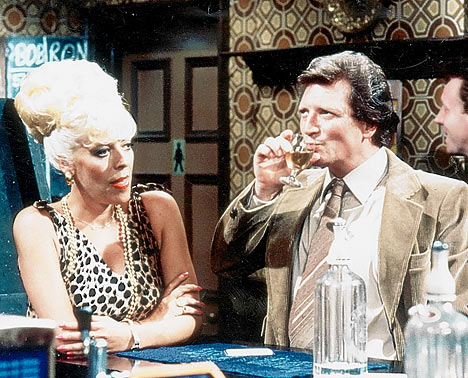 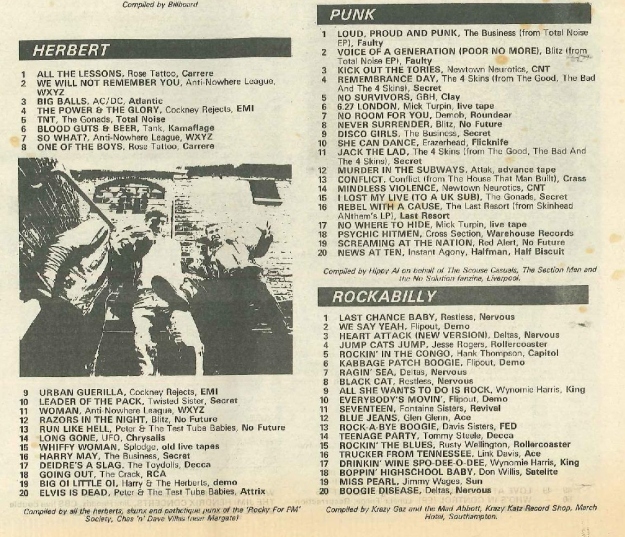 The punk debate is brought up here. Crass played loud and passionately but did they speak for the droog on the street?
They weren’t a band I took to. In 2014 their singer Steve Ignorant did some interviews with Prof. Matthew Worley and came over well. He talked about how difficult being the only working class person in the band was. These days he’s a lifeboat man and often sports a Cockney Rejects t-shirt.