Hugh Boatswain, along with writers such as Sandra Agard, were based around Dalston’s black and left wing bookshop, Centreprise. Some of their work was published in the 1976 anthology ‘Talking Blues’. The back cover of the book describes it as: “A collection of poems written by a group of young people who meet every Wednesday night in Centerprise.”

Stoke Newington police station through the 70s, 80s and 90s had a, well deserved, terrible reputation. The police station was known by police, villains and locals alike as ‘Cokey Stokey’.

Hugh Boatswain
from Cut Up Dub 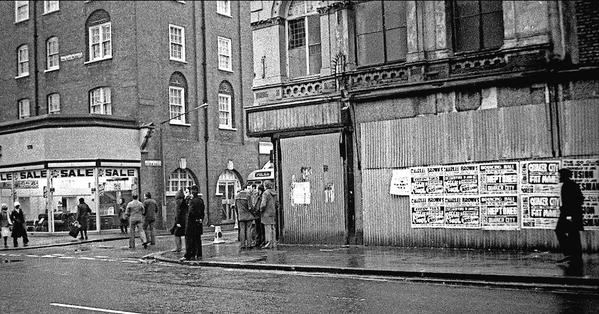