From 1986, at the Rainbow Fair in Norwich.
There’s a young Prof. Matthew Worley in the audience.

Terrace fashion took a leap forward with the casuals. Designer labels were robbed, sometimes the logos of brands like Lacoste were cut out from shirts in shops and sewn onto cheap shirts back home. One way, or the other, the casuals were cutting edge. 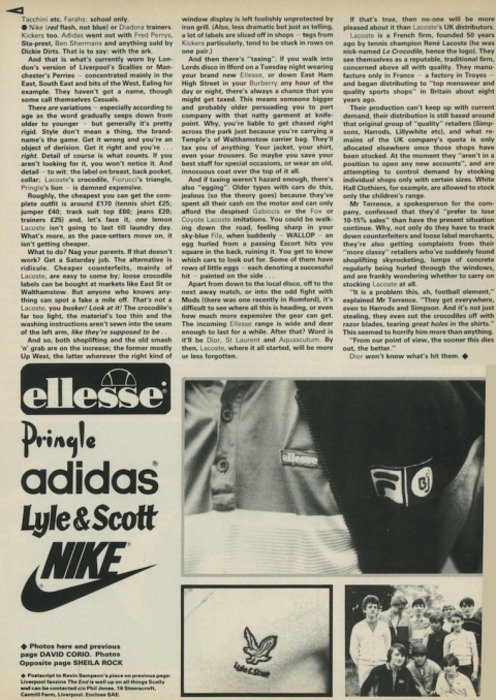 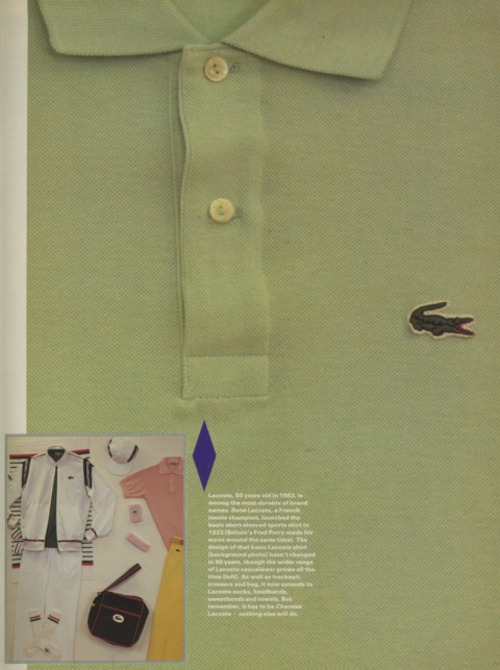 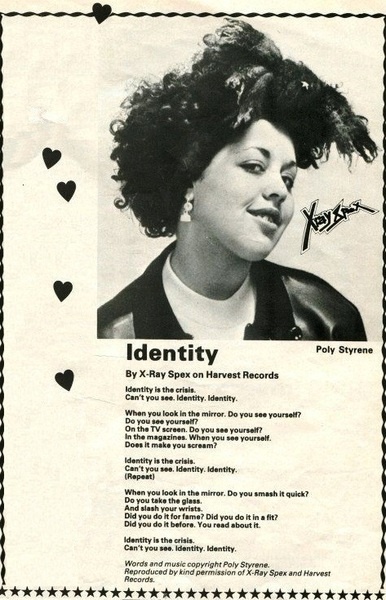 Anarchist and feminist poet Voltairine de Cleyre wrote this poem in celebration of Mary Wollstonecraft. Wollstonecraft, author of A Vindication of the Rights of Woman (1792), lived and worked in Newington Green. In 1784 she opened a boarding school for girls in Newington Green along with her sister Eliza and friend Fanny Blood. The radical Unitarian Church that she attended is still there, and local artist Stewy has pained this memorial grafitto on it.

The dust of a hundred years
Is on thy breast,
And thy day and thy night of tears
Are centurine rest.
Thou to whom joy was dumb,
Life a broken rhyme,
Lo, thy smiling time is come,
And our weeping time.
Thou who hadst sponge and myrrh
And a bitter cross,
Smile, for the day is here
That we know our loss; —
Loss of thine undone deed,
Thy unfinished song,
Th’ unspoken word for our need,
Th’ unrighted wrong;
Smile, for we weep, we weep,
For the unsoothed pain,
The unbound wound burned deep,
That we might gain.
Mother of sorrowful eyes
In the dead old days,
Mother of many sighs,
Of pain-shod ways;
Mother of resolute feet
Through all the thorns,
Mother soul-strong, soul-sweet, —
Lo, after storms
Have broken and beat thy dust
For a hundred years,
Thy memory is made just,
And the just man hears.

Thy children kneel and repeat:
“Though dust be dust,
Though sod and coffin and sheet
And moth and rust
Have folded and molded and pressed,
Yet they cannot kill;
In the heart of the world at rest
She liveth still.”

Liverpool ‘zine Reindeer News satirises the response to the Toxteth riots in 1981. In 2015 the hipsters would be doing this for real.

From Mainland, 1974
Chris Searle was the teacher whose sacking for publishing his pupil’s poetry sparked the Stepney school kid’s strike in 1971.

From the cocoon breaks the monster,
The world lets him breathe again,
His poison falls back in the memory,
He breaks the day, the noon darkens.

Now is the fourth quarter:
The century ends that promised us equity.
The winds sweep through the branches,
The leaves rustle with warnings.
The crosses clank on the national flag,
Their clangs make the sound of marching iron.

To the beat of chauvinism and voracious nostalgia
The fascists reassemble.
Their white slogans wave in our streets,
Their scientists move to prove their prejudices
With synthetic fact, designed for genocide.

The beasts are rampant in Chile:
Their allies move in the British cadres,
Planning their hatred in army words –
Now is the calling,
The time of dithering is done,
The here, the now, the us!

We, who have lived the guise, beguiled by security,
Fooled by the affluence of the skin,
Know the facade drops away, reality tightens.
We, who have waited this calling,
We the readers, the rockers
We the teds, the demonstrators,
We the banners, the mods,
We the marchers, the skinheads,
We the hippies, the hooligans,
We, the waiting generations,
The diverted ones, the untried ones,
The pawns of mode, the children of welfare:
Throw away your shades, move with your brothers –
The time of dithering is done! 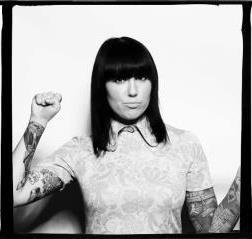 Crass and the assorted soapdodger bands played a big gig at the Zig Zag Club, by Westbourne Park, that they’d squatted in November 1982. Though most of those types of bands weren’t exactly my cup of tea, I saw most of ’em at one time or another. My skinhead self was even at this gig, drinking cider.
Zounds were a good band, and could actually play, The Mob were talented lads too and the Poison Girls usually had something interesting to say. 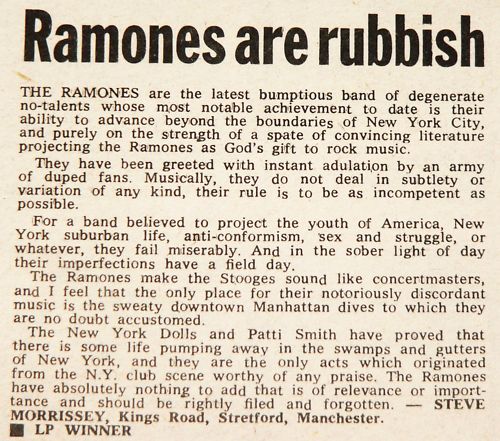 To be fair to Morrissey he later relented and told Billboard: “I came clean about this many years ago. When I bought the Ramones first album on import, I was enraged with jealousy because I felt they had booted the Dolls off the map. I was 100% wrong. Three days after writing that Ramones piece, I realized that my love for the Ramones would out-live time itself. And it shall. Well, it virtually has already. If the Ramones were alive today, they’d be the biggest band in the world. It takes the world 30 years to catch on, doesn’t it? I mean, look at poor Nico. Every modern teenager now seems to love Nico, yet while she was alive she couldn’t afford a decent mattress.”
Amongst tracks he chose for the 2003 compliation “Under The Influence” of music that inspired him was “Judy Is A Punk” as one of his choices. In his sleeve notes Morrissey wrote: “In the real world of pop songs, genius drags the always reluctant world along. Awful to listen to on first play, the first Ramones album stays beside me almost thirty years on. A cruel £5.29 on import in 1976, this is an album of criminal ballads, and “Judy is a Punk” still sends a shock through the blood, complete with red-herring lyrical lift from “I’m Henry the Eighth, I Am” (“second verse/it’s the same as the first”). At Manchester’s Electric Circus to promote their debut album, the Ramones move across the stage like human remains floating ashore. Smallpox brought them together. Joey is whooping cough on two impossibly long legs. Someone who has been murdered in a hospital bed looks better than Joey.

The Ramones do nothing to conceal their disabilities, and I am once again in love.”