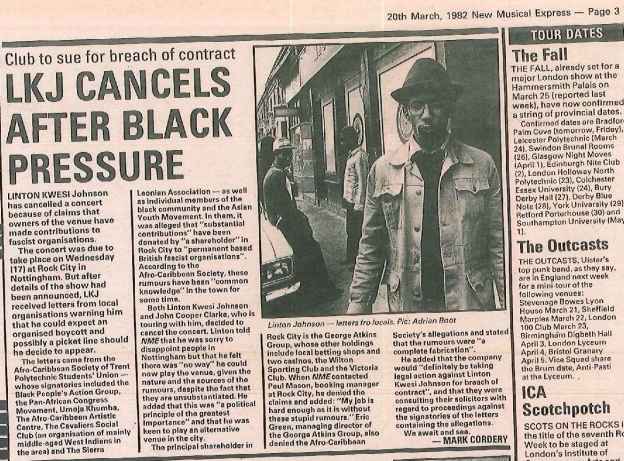 Little Brother has subtly distanced himself from the ranters. To be fair more a stand-up comic-poet – but even so it stinks of first rat off the ship. Kiss and kill, it’s a tough business. Rant is still alive. Check out Ferenc Aszmann. Forget ugly, hollow Attila.

Little Brother is sharp, funny, hard, still a menace to the Young Fascists. There’s enough outright surrealism, drugs and children’s TV, Murdoch’s crusade etc, to draw you in for the stinging blows. The trouble is the perennial one of preaching to the middle-class “intellectually” converted. In 1984 Little Brother must invade the sensibilities of the masses, and the logical starting point is a young rock audience.

Being so insular and comfortable, the average CAST/New variety audience walks out when the band (ie something loud) comes on. For once they were right.

The Message took Britain’s streets by storm. Rap had been something of a novelty but as this NME feature from 21 August, 1982 shows, there was a message to it too. 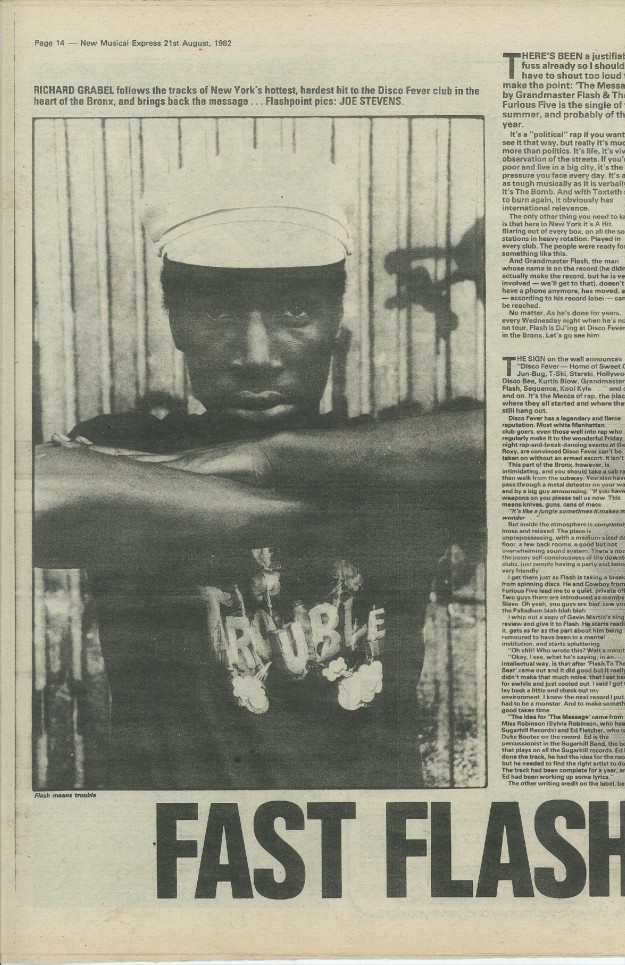 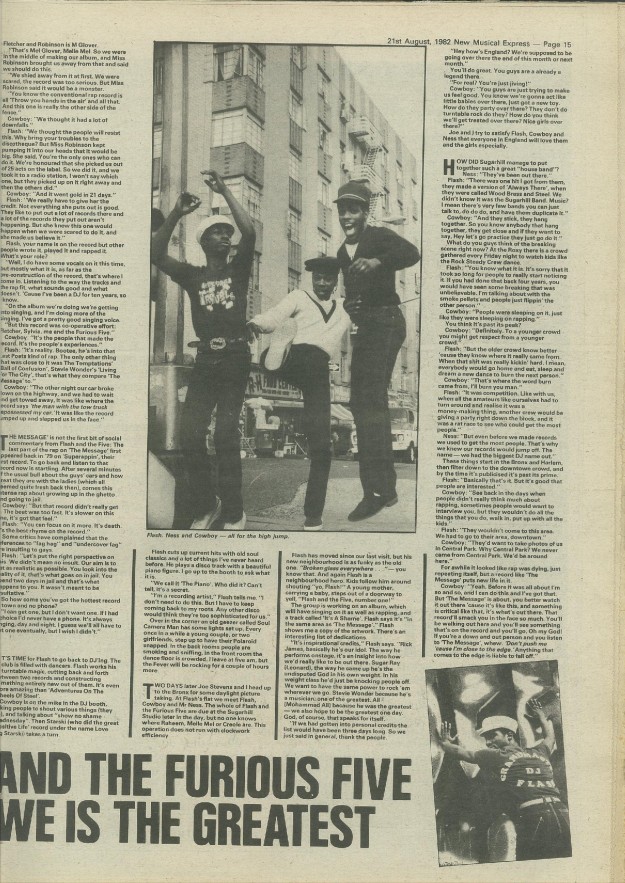 Peter Watson was an 80s South London performance poet who round the alternative cabaret circuit and Apples and Snakes alongside the likes of Porky the Poet, Ann Ziety, Skint Video, Gladys McGee and more.
This poem is taken from his 1984 pamphlet The Point.

Until the day comes
when brick by brick
block by block
blast by blast
Pepys is reduced
to the raw buzz of the red earth. 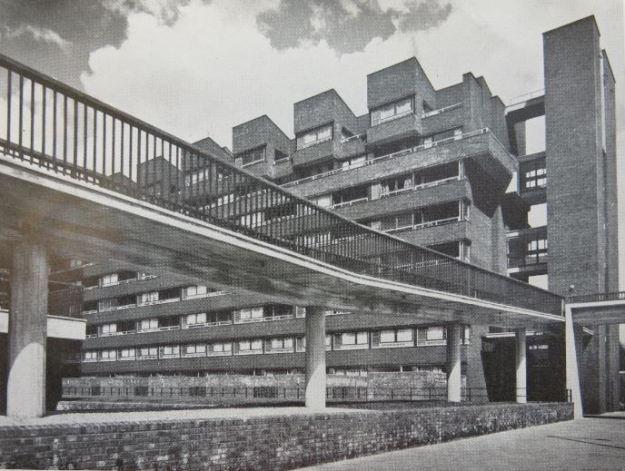 As Viz was starting to become the beloved national treasure that it, rightly, is today, the NME 5 May, 1984 gave it a write up.

The late 80s saw a boom in ska music, some great bands like the Potato 5 and the Deltones were gigging and Gaz’s Rockin’ Blues was the essential club, dropping ska records every Thursday and with some excellent bands. Zoot! ‘zine was documenting the scene. I even make the article.

The Stoke Newington skasters in the NME 17 January, 1981.

Pat Arrowsmith was a pacifist and socialist. She was jailed 11 times for her non-violent direct action. She organised the first British protest against the nuclear weapons establishment in Aldermaston, Berkshire, in 1958. In 1961 she was the subject of parliamentary questions after she was force-fed while on hunger strike in Gateside prison.
Adrian Mitchell wrote of her: ‘Pat shows her love through her life and through her poetry. You can’t seperate the two of course. I’ve heard people say: “I’d like to write political poems.” The only answer is: “Then live a political life.”‘
She wrote several novels, political books, and poetry collections. This poem was written on 9th July, 1968 whilst she was on a peace mission to Cambodia. It was published in Help, Apple Road Review and in 1981 in the CND published collection of her poetry On The Brink.

Are you real,
standing among the palms, surrounded by
fellow villagers, photographers
and us?

Your back is pencilled, crinkled, stretched
in a taut unnatural tissue.
You were burned, they say,
four years ago with
scalding jelly from a U.S. bomb.

But are they really scars on flesh
or just a map, a
diagram of human degradation?
Is it skin or paper so
tortured and disfigured?

My eyes glaze.
I merge with the cameras.
My eyes turn to lens.

I no longer see you but
merely a picture with a
horrifying caption.
You are viewed on the screen;
read about in papers;
observed at exhibitions.

Jellied petrol may have blistered you, but
I have been chilled by
white hot phosphorous;
my nerves iced;
my glands numbed;
my eyeballs frozen.

I too have been injured. 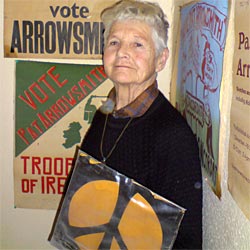 Applauding youths laughed with young prostitutes
And watched her perfect, half-clothed body sway ;
Her voice was like the sound of blended flutes
Blown by black players upon a picnic day.
She sang and danced on gracefully and calm,
The light gauze hanging loose about her form ;
To me she seemed a proudly-swaying palm,
Grown lovelier for passing through a storm.
Upon her swarthy neck black shiny curls
Luxuriant fell ; and tossing coins in praise,
The wine-flushed, bold-eyed boys, and even the girls,
Devoured her shape with eager, passionate gaze ;
But looking at her falsely-smiling face,
I knew her self was not in that strange place.

This a 162 bus on route KU1 to Kingston University in west London.