From April 2019, the top drawer John Lithgow on the US chat circuit dropping some poetry.

Millie Small bears little resemblance now to the 16 year-old one-hit-ska-pioneer-wonder of ’64. She has filled the last 20 years sporadically gigging the Northern club circuit, knows her audience and supplies their demand for dodgy blue bag o’ soot jokes: “Is she here with you?…Ooo I don’t care if she’s big…the brusies don’t show on me” being one of the repeatable routines.
Having been introduced as “…Millie Small, not only a superstar for ‘My Boy Lollipop’, but a lovely lady in her own right…” by speaking merkin and resident MC Lee Paris, Millie takes her place in front of Badger, a session ensemble who are peeved because she arrived late and because she “brought no dots”.
She seems oblivious to their niggling gibes and the avant-garde clutter of chords that back every number, whether it’s ‘Da Do Ron Ron’ or ‘Sometimes When We Touch’. The original brutal rawness of ‘Lollipop’ is left to our imagination.
The only redeeming factor is Millie and her desire to perform. She has no recording contract and doesn’t intend entering into one. She wants to entertain, which she does despite the odds placed against her by this modern burlesque atmosphere. And she still can do the hippy-hippy-shake.

The ‘avant garde’ of 1982 punk, Charge, play a gig with a theatre company, as reviewed by Attila the Stockbroker, in his John Opposition guise, Sounds, 31 July, 1982.

It was a Monday night and that may have had something to do with the fact that apathy rather than anarchy held sway at the Zig Zag Club.
Three hundred or so people and a subdued atmosphere which was suddenly enlivened for Your Humble Narrator by a vision of magnificent and unlikely pop hero Captain Sensible sporting his unmistakable red beret.
Someone announced ‘Demonstrations Of Affection’ by the Wet Paint Theatre Company. Yes, you’ve got it, a theatre group at a rock gig. Novel and brave, I must confess to having had a few qualms about how they would fare, but there was no need.
A manic rifle-toting punk stormed on stage snarling at his girlfriend and singing ‘Memphis, Tennessee’ strictly John Cale-style. There followed twenty minutes of striking, if slightly confusing urban guerilla/Clash imagery and political ranting, combined with a very serious existential/soul searching ‘Where are we all going?’ message.
Sort of punk Jean-Paul Sartre. I found it enjoyable and judging by the applause, so did many others in the sparse audience.
Next Charge! Or rather, on tonight’s showing, retreat!
A couple of weeks ago I got hold of ‘Caged And Staged’, a less than new Charge live album and due to mix-uos and misunderstandings, a review was published which never should have been; my silly fault, and hearty apologies to thee and thine for that. ‘Caged And Staged’ and the band’s excellent single ‘Fashion’ nevertheless convinced me I was in for a treat tonight.
But it never came. Sure they were powerful and singer Iain and ‘Man In Frock’ guitarist Stu are certainly great performers; the sound quality was good and in truth they had everything going for them. The problem was quite simple. Charge didn’t play one decent song all evening.
They threw out ‘Fashion’, ‘Alone at Midnight’ and countless other greats and in their place gave us a series of meandering and instantly forgettable negatives devoid of rhythm and melody.
Now I’m not saying that a band has to carry on for years and years playing the same material. Charge have been around for a bit and of course their set is going to change. But why the hell aren’t they writing good material anymore or, if they are, why aren’t they playing it live? A band who have written songs as excellent as some of Charge’s and who serve up this garbage are simply insulting their fans.
And here’s the sticking point. Don’t get the idea that I was one dissenting voice in a responsive audience. far from it, the rest of those present were as unimpressed as myself and by the halfway point in Charge’s set, the majority of them were sitting at the back of the hall, presumably waiting for main band Chelsea. The whole performance was a massive disappointment and when I played ‘fashion’ the next day, I found it hard to believe that the band onn that record was the same lot I had seen the previous evening.

This poem was by the 14 year old Paul Parris who, in 1980, was a pupil at Langdon Park School, Poplar. It was published in the 1980 collection Bricklight, Poems from the Labour Movement in East London, edited by Chris Searle.

That bloomin’ Margaret Thatcher,
She’s got a way of trying to catch yer!
When you’re earning a few bob,
You better look out – she’s taking your job.

‘It’s all to save money,’ so she says –
But from what I know, thare are other ways.
Closing the docks and stopping education,
That ‘Iron Lady’s’ ruining our nation!

We come on the streets to demonstrate,
But then in Parliament just have a debate –
But by then, it’ll be too late,
And that’s a fact, I’m telling you straight!

So to keep your job, you must stand firm;
This woman’s ways are spreading like a germ.
The docks have been pulled down and destroyed,
And me, – well, I’m unemployed! 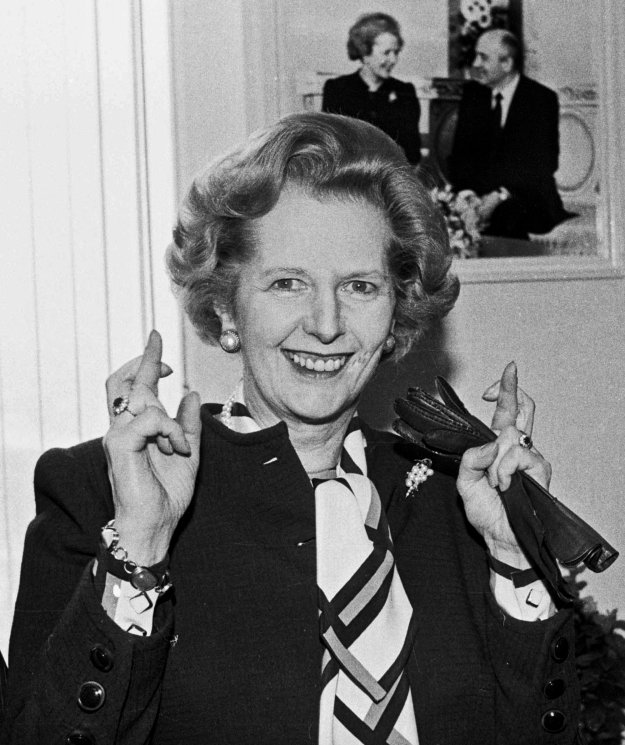 Treatment was staged in 1982 at the Edinburgh Fringe and in London. Author, Jonathan Moore was a young firebrand actor later described as the “Johnny Rotten of the theater.”
“I remember when I first started on the Edinburgh Fringe with those shows, with my Punk theater company, and saying things like, ‘Anybody on the official Festival should be lined-up against a wall and shot.’ Really ridiculous. Then four years later, there I was on the official Festival with Greek!
“Then you start thinking, ‘Well, okay, anyone who gets an award should be put in a chain gang.’ Then there you are saying, ‘I’d like to accept this award on behalf of…’”
The following year, he returned with his play Treatment, the tale of priest confronted by a skinhead, which transfered to London, where it was described as “one of the most disturbing and exhilarating plays.”
The play was shown on BBC television in 1984. Passmore is in it, playing a skinhead. Again.

A couple of days ago, I heard that Radio 3 were running a ‘National Poetry Competition’, with the big prize money of up to £1000. Amongst the judges were Roger McGough, the famous Liverpool poet.
I sent for an entry form. When I read through the details, it said each person could send up to ten poems (which I thought was pretty decent), but then underneath, it said ‘£1.20 a poem’. At seeing that I was bloody appalled. I’d wanted to send at least five or six, but why charge so much – I honestly can’t see the point! It’s supposed to be a ‘national’ competition, but some of us can’t afford to pay that out. I’m not being funny or awkward, but think of someone with no job who just manages to scrape the money together for his poems, sends them in and later finds out he hasn’t achieved anything – no prize money, nothing. It’s not the actual prize money that bothers me, but the feeling that you’ve been screwed, well and truly screwed. Your own money pays for someone else. Stupid isn’t it – why do pound notes always have to come into everything and cock it up? 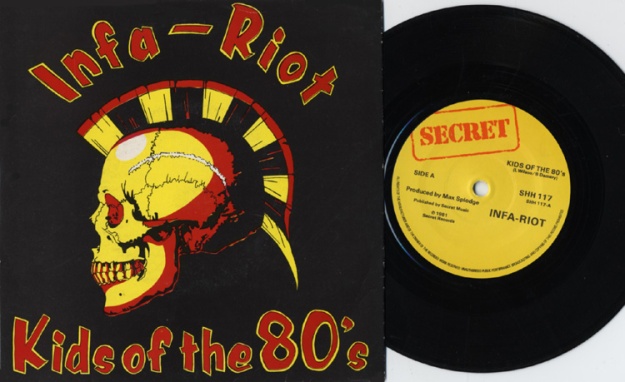 A skinhead girl chucks her two penn’orth in to the Sounds letter page, 26 June, 1982, during the Crass V Oi handbags.

Dear Bushell/Crass,
what all this petty bitching? I’m a female skinhead and I’ve got the three Oi albums and singles. I’ve also got Crass LPs and singles – yes, together in one record stand!
Why waste each other’s valuable time on stupid petty bitching? I know you disagree on a lot, but you also agree on one vital thing – punk! You’ve both done a hell of a lot for punk!
I call punk good, raw aggression, anti-politics, anti-racist, anti-war, just pure power!
This is what I thought you two also believed in.
I don’t categorise punk into Oi/skunk/skin etc., but I wouldn’t slag anyone if they did. But you must agree we’re all in the same ‘sinkin’ boat’, surely?
Stop arguing with yourselves and start some good, clean destruction against the state and system – peacefully!
How’s that then?

A female skin who wants to start a serious band.

Poem from the 1983 collection Hard Lines. The book has several young writers, such as Debbie Radford, Aidan Cant, Claire Dowie, Jenny Fraser and more with an introduction by Ian Dury.

A Play For Today

A Play for Today
Is performed down our street
By a man clenching fists to the sky,
A litle old lady shuffling her feet
And the children constantly cry.

A Play for Today
Is performed down our street
But the actors aren’t Equity members;
They’re the burnt-out remains in the shell of life
That no one in this world remembers.

At the end of 1969 the pilot – and only! – issue of Agro tried to mobilize the skinhead opinion. The paper (‘printed by the Gutter Press’), bore the stamp of the Commune and most of it in fact consisted of an abridged version of ‘Project Free London’, a small booklet to which I shall refer again. The editorial claimed that Agro would be produced and distributed, not from an office, but through an informal network of ‘skinheads, greasers, heads; in pubs, caffs, clubs and on the streets’. The Commune was worried because skinheads and greasers had mobilized against each other instead of against straight society, and they saw Agro as a way of combining forces as a ‘single subcultural front’. Again, there were extravagant promises of articles, there was to be a skinhead section concerning a special report on the East End Scene, a greaser section with a discussion by teds, greasers and angels on changes in their scene, a heads section, a skoll section (the Free Underground Campaign for Kids), and so on. In fact, nothing happened. 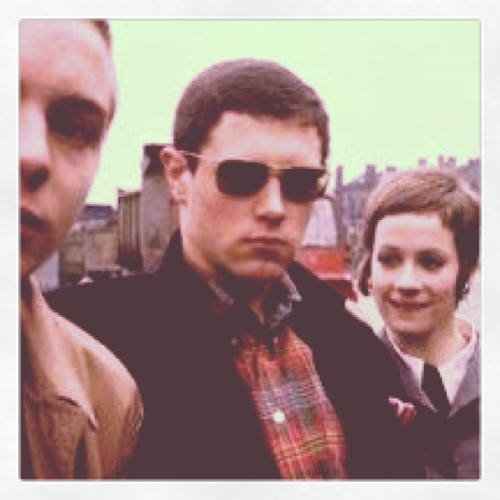 The mighty Girlschool on Channel 4’s Play At Home from 1984 and presented by Caroline Quentin.