A short interview with London reggae band Reggae Regular from Telford’s Guttersnipe ‘zine, number 2, 1978. In 1977, when the two sevens clashed, Reggae Regular were the first people to have a record out on the game changing Greensleeves label.

The miners strike goes dancehall with Macka B on the BBC2 show Ebony,1984.

Film about black youth in Brixton and Ladbroke Grove made by Menelik Shabazz in 1977. He was born in St. John, Barbados in 1954, and lived in the UK since the age of five. From an early age Menelik watched mobile cinema in his village in Barbados, but didn’t think about making films until aged 18. This was when he was introduced to the first portable video technology whilst studying at North London College. This revolutionary technology, the Sony portapak, demystified filmmaking and made the filmmaking process accessible. This is his first film, made when he was 21.

Junior Murvin’s single reviewed in the NME, 12 April, 1980, and they’ve managed to find the one person in the world who doesn’t like it. Surprise, surprise; it’s Julie Burchill.

A sentimental world away from the Clash Battle Hymn of the People’s Republic cover; lovers rock practically, Joni-voiced Junior sounding like he should be singing “(I Check For) Police And Thieves”. I’m biased because I grew to loathe reggae via sitting through years of it waiting for punk bands to take the stage. They made a fuss about the violence – the endless reggae was much worse. If this version moved any slower it would get hauled in on suspicion.

Some top drawer musicians, and Benjamin Zephaniah, campaign against apartheid, from the NME, 11 August, 1984.

The Slits and Subway Sect reviewed live in the NME, 8 October, 1977. Spizz gets a mention too.

The Cavortings Of Creative People

“The music business is open to experiment. No-one should treat it too seriously,” says Clash manager and promoter of this gig, Bernard Rhodes.
He watches with interest the onstage antics of the Ramones-esque Southampton band who arrived in London last night, slept in their van and then approached him to see if they could play tonight.
Rhodes put them on after official billtoppers, Subway Sect.
A reasonable underground hype had ensured that the Music Machine was sold out for tonight’s show. Neither The Sex Pistols nor The Clash appeared to have any intention whatsoever of playing.
In between The Slits and Subway Sect, however, a punk comedian (ex-art school, natch) from Birmingham called Spizz did his “thing” to such a weary extent that cans and bottles narrowly missed his head.
First on was Model Mania. Apart from a few interesting touches – like phasing the chorus line vocals on the final line of “Sweet Jane” without assistance from the mixing desk – they were largely undistinguished.
Ari Peat (nee Up), vocalist with The Slits, voices the opinion that the Music Machine is “like a TV set”.
Does she mean a TV set as in the corner of the room? Or is she referring to a TV set as in Dr Who TV set? Or is it a subliminal McLuhanite reference to the very nature of our hopeless existences?
Whether they are on TV or not, The Slits are most upset with their set.
And it is true that for their first three numbers – “Shine”, “What A Boring Life” and “New Town” – their sound is appalling. However, this is at least compensated for by the ferocity of the energy output, which is often so vicious as to achieve an almost surreal edge. One of the songs – I think it’s “What A Boring Life”, in fact – is structured so as to recall flashes of an amphetamine (rather than acid) driven “Tommy”.
This is compounded by the highly primal Daltry-esque quality, underlined by her Gorgon locks, that is Ari’s own. In fact. with her Rumanian gypsy looks she probably bears a closer resemblance to Alice Cooper.
The Slits also remind me more than a little of the Dolls.
The found is far improved by the time they get to “Vaseline”. Palm Olive’s drum sound is by now utterly overbearing, definitely the lead instrument, juxtaposed as it is against all-in-black Viv’s scratchy chords and flashed of lead breaks, and leopard-skin jacketed Tessa’s bass.
Once again indicating the influence of reggae on punk – superb reggae fills the intervals between acts – Palm goes in for phased drum breaks. Their mixer is said to be a bit out of it, however, so maybe none of this is meant to sound like it does.
It does, though, seem pretty anarchic stuff. Parts of it, like the monstrously bizarre ending of “Enemy”, the final number, are impressive indeed.
A friend of mine complained that Subway Sect were a very obvious case of punk form over content.
Me, I’m not so sure. Alright, I couldn’t make out any of the lyrics, but get some of these titles: “The Ambition (Of Man)”, “Eastern Europe”, “Forgotten Weakness”.
I was also impressed by the manner in which vocalist Victor Goddard, bassist Paul Myers, and guitarist Robert Symmons frequently, utilising almost Hollies-esque harmonies, perform with the vocals as lead instrument. Indeed, there is also a touch of The Clash about those harmonies.
To be noted also are the strengths of the songs’ melody lines, as well as the thunderingly self-controlled aggression that new drummer Robert Ward – who, in keeping with the Sect’s preferences rarely uses cymbals – injects.
Also to be noted is Goddard’s most adept harp abilities.
Also to be noted is that two people sat on a couch reading newspapers onstage throughout the Sect’s set. (Maybe they saw two poets eating a pie on a Slow Dive Dancer gig some years ago. – Ex-SDD Ed.) 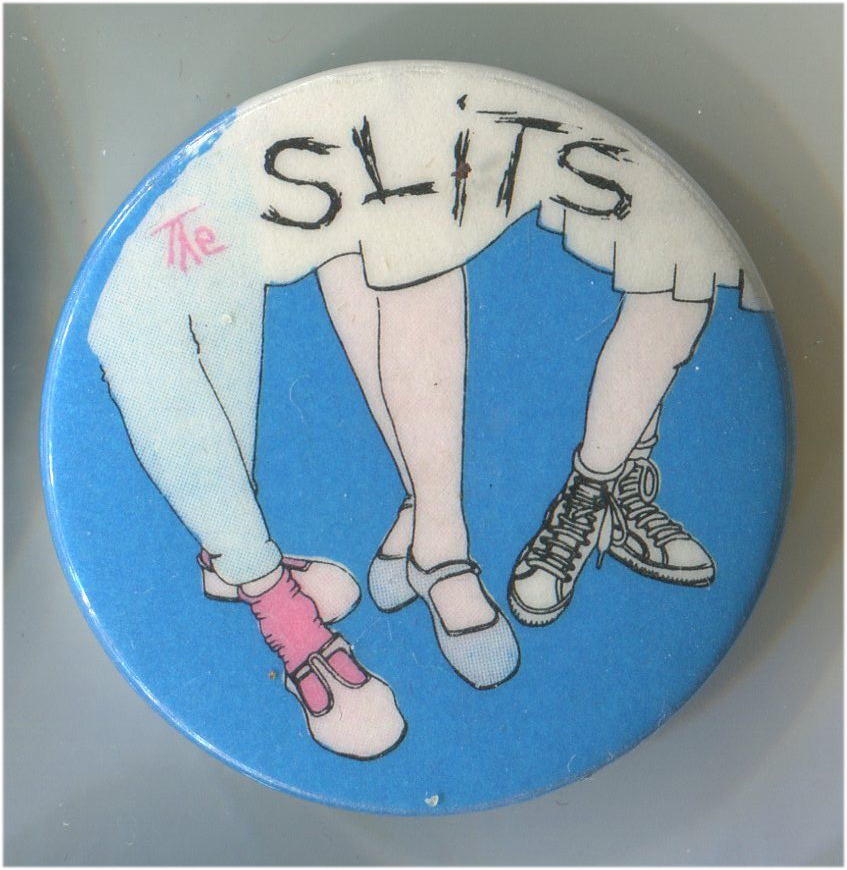